Everyone likes a good movie. And while not everyone is into superheroes, there has been a big wave of great movies based on MARVEL and DC comic book characters. Since the year 2000, four major cinematic studios released dozens of movies and collected over $23 billion in the box offices!

As a comic book fan, I decided to look at some publicly available data to understand which movies succeeded from a monetary perspectives. I researched the film figures on wikipedia.org during the first two weeks of September 2016 and decided to visualize them using the Google Data Studio.

Below are a few explanations of what you can see in the report, but make sure to check the interactive data visualization, where you can play with the data.

A lot of Revenue: where is it coming from?

34 movies were released since 2000 in the DC and MARVEL universes. The films cost a total of $6 billion and generated $23 billion in revenue, quite a high ROI! Interestingly, we can see a clear trend in the last 5 years: all movies had a higher percentage of their revenue outside the United States, and in total 58% of all revenue was generated outside the US. 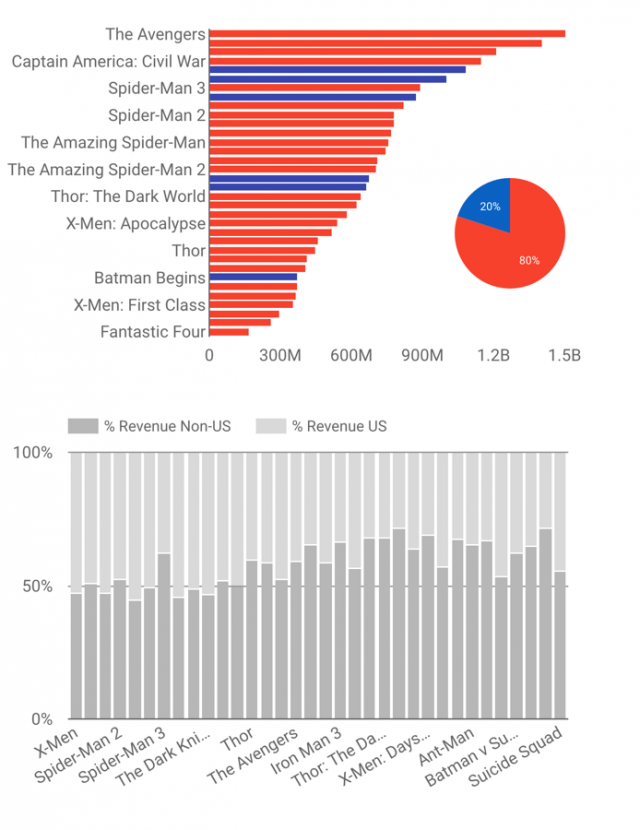 Those stats are quite staggering and show just how much superhero films have become an important cultural phenomena around the world. Learn more in the interactive visualization

Does it pay to have many characters? 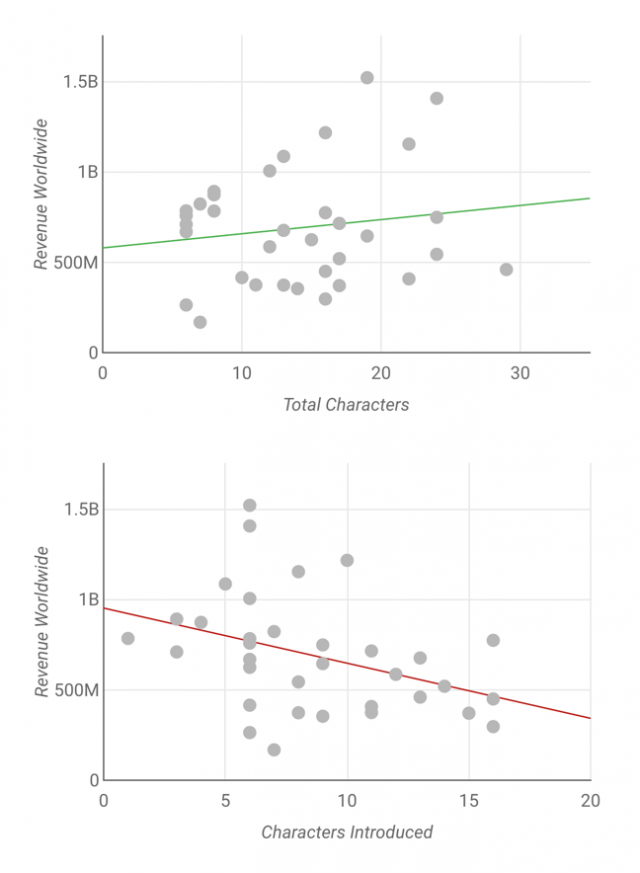 If you are not into superheroes and villains, I hope you have at least enjoyed seeing how visualizing data in new ways can expose interesting trends, they are not less exciting!